Dee Elfiki has been in the financial services industry since 2002, working with individuals and families on investment, retirement, and financial planning. She has an undergraduate degree in economics and postgraduate diplomas in economics and business administration. She worked for more than 20 years with various multinational corporations, and research firms in the areas of economic research, business analysis, and project management, both as a staff member and as an independent consultant. Dee is an Investment Adviser Representative with Commonwealth Financial Network®.

John E. Fischer is a founding partner of Triad Financial Group, LLC.  John began his career in the financial services industry in 1991 and specializes in serving executives and employees of many St. Louis area businesses. As an Accredited Investment Fiduciary® (AIF®), John has extensive knowledge of the 401(k) plan marketplace and serves as plan advisor for a number of corporate retirement plans, helping to ensure that the plans are well managed and up to date on the latest requirements.

John received his bachelor's degree from the University of Missouri–St. Louis. For more than 10 years, he has been an active participant in Saint Louis University's fund-raising efforts for lupus and juvenile arthritis research. He organizes an annual charity golf event, which has raised a substantial sum of money to help further research in the St. Louis area. John is a Certified Fund Specialist® (CFS®), has earned the Board Certified in Mutual Funds (BCM) designation from the Institute of Business and Finance, and is an Investment Adviser Representative of Commonwealth Financial Network®. 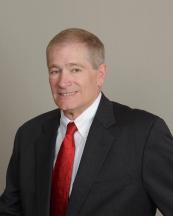 Richard A. Fitzer partnered with the late R. Craig LaMaster in 1979 to create a service-oriented firm designed to assist clients in reaching their financial goals. Today, he focuses on assisting individuals, families, and small business owners in preserving, managing, and transferring their wealth in an ever-changing financial arena.

His retirement planning work targets the need to protect a client’s income stream from inflation during a retirement period that often spans 30 or more years. Richard’s work in multigenerational situations has provided security and peace of mind to families stretching across as many as five generations.

He works closely with his son and partner, Rich C. Fitzer, to help each client meet and exceed their unique financial goals. Richard is an Investment Adviser Representative with Commonwealth Financial Network®. 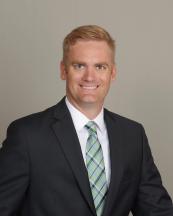 Rich has spent the past 19 years working with individuals and organizations as a financial advisor.  He focuses on listening to his clients, making complex issues understandable, and treating each client as a unique individual rather than an account number.

Rich graduated from Texas Christian University with a degree in economics.  He has served as a guest speaker for the advanced investments course at Principia College.

Rich is happily married to his wife, Julie, of ten years.  They have a five-year-old son, Max; a three-year-old daughter, Quinn; and a two-year-old son Beckett.  Rich loves to travel and has visited more than 30 countries.  His children already have multiple passport stamps, and he hopes to continue traveling with his young family.  His favorite trips were hiking in Patagonia and climbing Mt Kilimanjaro in Africa.  In both cases, the combination of the beautiful surroundings, peaceful remoteness, and quality time spent with his wife were invaluable toward his mental recharging.

Rich remains active in the community volunteering on a regular basis with The Little Bit foundation.  He will be serving as the honorary chairman for the St Patrick Center Irish Open this year.  He is proud to also be a strong supporter of CedarS CampS and UCP Heartland.

Rich is honored to be the approved provider of financial services for the St Louis Metropolitan Medical Society.  Rich has been named to the Forbes Best-in-State wealth advisors list multiple times, including most recently in 2021.

The 2021 ranking of the Forbes’ Best–in–State Wealth Advisors list was developed by SHOOK Research and is based on in–person and telephone due–diligence meetings to evaluate each advisor qualitatively and on a ranking algorithm that includes client retention, industry experience, review of compliance records, firm nominations, and quantitative criteria (including assets under management and revenue generated for their firms).  This award is not indicative of the advisor's future performance.  Your experience may vary. Some states may have more advisors than others. SHOOK does not receive a fee in exchange for rankings. Overall, approximately 32,725 advisors were considered, and 5,000 (approximately 15.3% of candidates) were recognized. The full methodology that Forbes developed in partnership with SHOOK Research is available at www.forbes.com.

Michael P. Passow has worked in the financial services industry since 2006. He earned his MBA from St. Louis University and worked in the corporate sector for 12 years. Michael assists individuals in planning for retirement and works with prominent business decision-makers to implement profit-sharing and benefit plans. Through continuing education, Michael aids individuals and businesses in preparing for retirement years. Michael is an Investment Adviser Representative with Commonwealth Financial Network®. 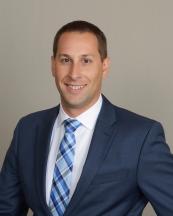 Jason works as an associate with his in-laws, Rich C. Fitzer and Richard A. Fitzer. His focus includes investment and financial planning research, account management, and assisting clients with various financial and account questions.  Jason is a CERTIFIED FINANCIAL PLANNER™ professional, a Certified Fund Specialist® (CFS®), and a Registered Staff Member with Commonwealth Financial Network®.

Donna McColgan works directly with Rich and Richard Fitzer in helping to handle all client needs. Donna joined the organization in 2007 and since then has become vitally important, keeping everything running smoothly. Donna handles all paperwork, schedules review meetings, and assists with all client matters. She works in an efficient and effective manner while keeping the Fitzer team on track. In fact, many of the Fitzers' clients would say that Donna runs the entire operation. 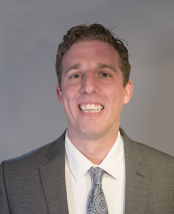 Dana Byquist first became interested in the world of finance in his childhood days. In middle school, his favorite course was stock market class, where his love for numbers blossomed. He was excited to learn about money at such a young age and had no idea what a big role it would play later in his life. Back then, at the ripe age of 12, he didn’t realize the importance of financial literacy but sees now what an impact it has on people’s lives.

After majoring in history at Principia College, Dana worked in historical research in Boston for five years, where he put his recently acquired degree to good use. After feeling like it was time for a change, he returned to his alma mater to work in the Student Life Department at Principia. In this new role, he was able to support students through the rigors and challenges of college life, whether academic, social, or personal. Dana loved helping the students create and ultimately accomplish their long-term goals in college. The natural support and guidance he was able to provide ended up being good preparation for what was to come next. After five years of this work at the college, Dana felt energized to move into a new field of work.

Having invested his own money for more than a decade, Dana’s decision to step into the financial world professionally was a natural progression. Combining his passion for helping others with his love of financial knowledge, being a financial advisor is a great fit. For a lot of people, saving money from their paycheck is naturally how they build wealth, but investing is a crucial and invaluable next step.

When Dana isn’t playing with his dog Jasper or cat Max, he loves to watch and play sports (especially soccer!). He’s a big Manchester United fan and can’t wait to see them live in England. In college, he played for Principia soccer and rugby teams, making it all the way to nationals in soccer. More recently, joined an adult men’s league hockey team and indoor soccer team. Dana also loves to travel, having visited Martinique, Israel, England, and France in recent years, visiting 21 countries so far. He enjoys trying new foods, learning about other cultures, and exploring historic sites.

Dana was excited to become a licensed financial advisor after passing his FINRA Series 7 and 66 exams. He also recently passed his life and health insurance exams to further his understanding of the financial world. Dana is loving his new career and is thrilled with his recent transition to St. Louis. He looks forward to building genuine relationships with anyone seeking comfort, peace, and a well-organized plan regarding their finances.